This year’s climbing season has seen a rise in the number of deaths on Mount Everest as hundreds of people take on the challenge.

The average deaths per year has remained steady at about 6 for the past 20 years. But this year’s climbing season has seen 11 deaths on the mountain. This is the highest number of deaths since 2015.

Climber’s have been calling for Nepal to limit the number of permits given out to climb Mount Everest per year as overcrowding and a very short window of clear weather caused a ‘traffic jam’ leading up to the summit.

Mount Everest has been a incredible challenge for experienced mountaineers for many years – so what went wrong this year? 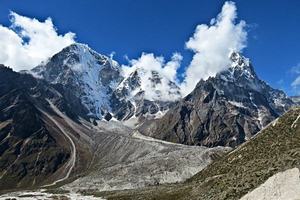 This year saw a very short period of time during which the weather was clear enough to journey up the enormous mountain.

Many climber’s began their journey in May – around the same time that Cyclon Fani was wreaking havoc in Odisha, India. Everest authorities were worried about the knock-on effects of the cyclone on the mountain and the weather.

The cyclone did indeed affect the weather and mountain activities had to be postponed for a couple of days.

Strong winds caused about 20 tents at Everest Base Camp to blow away and many climber’s who had already began their ascent had to return to camp and wait out the bad weather.

This resulted in crowds of climber’s gathering at the Base Camp. There were only two small windows of clear weather to reach the summit: 19-20 May and 22-24 May. Most teams decided to wait until the second window while a few braved the first.

Due to the number of people trying to reach the summit at the same time, they were all crammed together and clipped onto a single rope line. 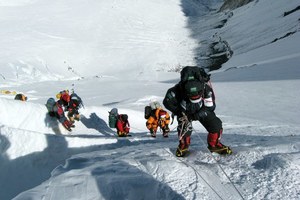 The maximum amount of climbers were seen attempt the summit on 23 May as more than 250 waited to ascend. They waited for hours on the way up and the descent, resulting in exhaustion and low oxygen levels in their cylinders.

While Nepal’s regulations require each team to have liaison officers, only 5 out of the 59 appointed officers stayed with the expedition groups for the whole journey. Most of the officers went home after the delay at the base camp, while others simply did not pitch up at all.

This meant that there were very few officials to manage the crowds and advise the hikers on what the best way forward is. They could have helped split the crowds more evenly between the windows so that the second one wasn’t so overcrowded. This would have lessened the pressure during the second period and make it safer for the climbers.

According to Stock Daily Dish, a record 381 climbing permits were issued this year by Nepal, which realistically means that around 600 people were preparing themselves to scale the imposing mountain. The number of permits issued contributes to the overcrowding problems on the mountain, which was one of the factors that influenced this year’s Mount Everest death toll. 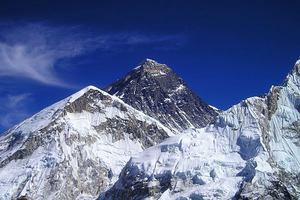 Mt Everest towers over the land at a dizzying height of 8,848 meters. This height leads to a number of risks for climbers on the mountain including altitude sickness, freezing temperatures and dangerous routes.

Running out of oxygen is one of the causes of death for climbers on Mt Everest. However, altitude sickness is most common on the Everest Base Camp Trek as it is very difficult to descend to a lower altitude quick enough.

Due to the extremely high altitude, climbers have mere hours to reach the summit before risking pulmonary edema – where the lungs fill with fluid.

Less experienced climbers tend to take longer to get through the ‘death zone’ due to exhaustion and sometimes fear. This year saw a hold up of about 45 minutes as one female climber was ‘frozen with fear’ and could not get down one of the ladders nailed to the cliff face. Another hold up occurred when a group took an hour to navigate one of the Three Steps – a section that would take an experienced climber about 10 minutes. Cause of deaths this year were due to misplaced footing on the ladders or large boulders and sheer physical exhaustion coupled with lack of oxygen.

Competition between tour groups is also a factor contributing to the high number of deaths on the mountain this year as some tour operators failed to check the climbers’ levels of fitness or experience.

There are no regulations about how many people can get permits through Nepal per year and all it takes is a doctor’s note and $11,000 to get one. Experienced climbers have called for Nepal to introduce new criteria for the Mount Everest Permits so that climbers would have had to summitted mountains higher than 6,000 meters before attempting Everest.

The trek up Everest is an incredibly rewarding and unforgettable journey but it is also very dangerous. If you’re interested in taking on Mount Everest, make sure you do thorough research, preparation and training. The Everest Base Camp Trek is suitable for experienced mountaineers and novice hikers alike as it lies at a lower altitude and does not require you to navigate through such dangerous terrain.

Hi, I'm Mark! Welcome to EBC Trek Guide - the Web's No.1 Trekking Guide to Everest Base Camp. I have trekked all over Nepal, but the Everest region remains my favourite. I hope you find all the answers you are looking for on this site. If you have any questions don't hesitate to drop a comment below! Happy Trekking!

Get a quote from the best local trek operator in Nepal!

Get A Trek Quote